I’ve just sent out an email newsletter with an update on the book progress, news about the launch date, and new short story set during the time of Our Child of the Stars but in the USSR.

This is the first of a number of short stories I’ll be sharing in the run up to the publication of Our Child of Two Worlds. You might like to subscribe, you can never guarantee seeing any post on social media! And I don’t write unless there is something new to say.

Cheery news. I am out in paperback in the States and Canada on Tuesday 2nd Feb.  This is satisfying and marks the end of my debut life.  The last launch of Our Child of The Stars.  And if you’ve read the book, and its origin story, you’ll understand why being on sale in the States feels very right.  (It has been out in hardback and ebook for ten months.)

Here are some buying links

It is on sale through Barnes and Noble, and Chapters Indigo (the biggest Canadian bookseller) and Amazon and Nook and so on.  Of course people can order it and IndieBound.com helps you find indepedendent stores.

This combines usefully with my other cheery news.  Which is that I sent Our Child of Two Worlds (Draft Four) back to my editor last week, some weeks ahead of schedule.  It’s largely there and I hope on track for a launch August-to-autumn.

Suanne is an American author who runs a regular author interview slot on her blog.  It was fun to do. We covered a lot including message fiction, whether SFF has to be political, and what makes a good book.

Regardless of genre, what are the elements that you think make a great novel? Do you consciously ensure all of these are in place?

SC: Characters that leap off the page and that you care about, situations that do not feel contrived. For me a world which acknowledges the dark and unfair side of life but addresses it with hope and humour. Voice. The sort of writing that takes you by the hand and says, Trust me, this will make sense in the end. This will be worth the journey.

I am discussing what makes us human on Zoom with another writer, full details here.

It is pay what you like. book to get the Zoom details, and I hope you will come.

Odd how a virus can change things.  I’ve been tied up fighting it, biologically, and at work.  And I’m waiting for the feedback on the latest draft of OUR CHILD OF TWO WORLDS.

EdgeLit in Derby has moved its event to November, so that still may be happening.

Cymera (more here) is going online and I’ve just filled in a long questionaire about what I can do online. (No juggling on a unicycle, I’m afraid.)

I’ve just done an interview for an author’s blog and there might be a couple of other things.  But really it’s about staying well, keeping up with the day job, and waiting for the notes…

And my writers group has gone online, using Zoom.  I’m looking at trying to do some videos or Q+As because launching in the US in a pandemic obviously hasn’t been ideal.

More when I have it.

Read my fiction at Curious Fictions

and subscribe to my newsletter to see what is going on.

Ask me a question!

Scotland has hosted the big science fiction and fantasy conventions including I believe a Worldcon.  However it did not have a (big) annual convention of its own.  Cymera which is relatively new tackles that.

And I’m going, to do a panel on ‘what makes us human’.   I’ll be on the Sunday 2.45 7th June with Adrian J Walker, an Australian author new to me and whose intriguing book I have ordered, naturally.

The whole programme and how to get tickets (weekend passes look good value) can be found in their website.

This is wonderful to be asked, an excuse to visit Edinburgh, and I’ll post more thoughts as I have them.

And of course, quite a big likelihood it won’t happen because of The Virus. Certainly events are being cancelled all over the country and in the US.

I am strongly tempted to do something online with Adrian if not.

I am also at Edgelit in Derby, a friendly convention which I enjoyed last year, 11-12th July.  Put in your diaries.  It’s top secret but be naughty and tell your friends.

Nothing makes you a real writer except writing, but this certainly good to be asked.

Since the invite I have been thinking often of the great Alistair Gray and his ringing statement, “Work as if you live in the early days of a better nation.” Words for England too. 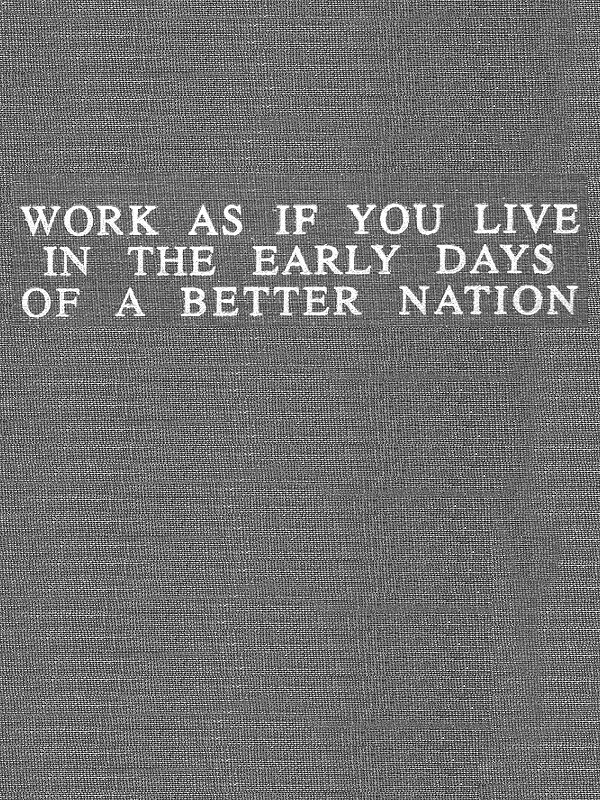 Having won rave reviews in the UK, Our Child of the Stars hits the US and Canada in paperback 2 Feb 2021. Already available as hardback, the three e-book formats, and audiobook! (BTW if your local shop doesn’t stock it, they can order it.)

Buying links – all find both hardback and paperback except Amazon

The LA Times loved it

“It’s 1969, the year of the moon landings, Woodstock and the ongoing Vietnam war. Against this backdrop, Gene and Molly Myers have been having a rough time since their child died some years before. [When] a meteor strikes their New England town… Molly is given the task of caring for the gravely ill survivor – an alien child called Cory.

Cory’s difference to others highlights the real messages that have been tenderly provided here – those of acceptance, warmth of human spirit along with parental love and sacrifice. It’s a wonderfully emotional, heart-warming journey of what it really means to be a parent and a reminder that at times it feels like society as a whole hasn’t really become any more accepting of those who are different since the 1960s.”

One of the little joys of authorhood is seeing your book in a library, and thinking of people taking it out. It’s also a good retort for those of your friends too mean to buy it. ‘Go to the library.’

I’m a fan of libraries. As a kid, my parents showed me the local library and for years I walked five old books back and took five new books out each Saturday.  I was also tall for my age and allowed free range into the adult section rather too early.  I couldn’t tell you everything I read, the SF selection tended to be collections, and a lot of Andre Norton. Peter Dickinson’s weird fantasy about a UK with apartheid against green skinned Celts.  I’m not sure I remember much fantasy but there were some classics.  (Our school library was also rather good.)

To be a writer is to approve of reading, and to believe that  access to books is a good thing.  But also, authors need to eat.

So the PLR scheme (like a number across Europe) pays each author the princely sum of 9p every time one of their books is taken out.  What is more interesting is that it gives a rough idea of how many people borrowed your book – in the relevant period, around 500.

(I thought every book in every library was connected. In fact, they check a sample and scale up which makes sense.)

500 readers. And a little something in the bank next month. And yay for libraries.

A dear friend asked if the character who ‘disliked cutting up frogs at school’ was a reference to a reference to the biology lesson scene in ET.  That led to a long think about influences.

At one level, the answer is no.  I did not consciously use that phrase thinking of ET.  Molly is a nurse, not at all squeamish about the bloodier side of nursing.  Although, she likes her meat and fish not to remind her they came from living beings. For her, inflicting suffering is different. Molly subconsciously links the danger to her alien son Cory to cutting up frogs, in part because he reminds her a bit of one.  (Long limbed, hairless, loves the water…)

But there is a link.  With a deft touch, ET presents dissecting the frogs as cruel, and Cory is sometimes very confrontational about human cruelty in all its forms.  Cory is often seen as other, and as fair game, a means to an end.  I think the link was Cory’s appearance, not ET, but the subconscious is not straightforward.  It’s my view that ET confronts human frailty cruelty and power less than Our Child of the Stars does, but my friend’s question shows a counter-example.

Some references in Our Child of the Stars are deliberate, even knowing (‘Easter Eggs’).. Some I made and only later recognized the origins.  The Meteor for example I knew was a lift from Superman/ Smallville, although there are also major differences. And much of it swam into my head ready formed.

One of the most amusing things is the long list of influences, which are books and films I haven’t seen, or saw after the book was written.  After all, a helpless child turns out to have strange powers goes back to Hercules, if not before.

There is an increasing tendency to reduce a book to the author’s biography.  People do borrow from their lives and interests – there is a tapestry of these in my book – but often emotional truth rather than hard facts. And an author subjects it to the comic book transforming radiation of the imagination.

The British Fantasy Society just reviewed Our Child of the Stars warmly.  I wrote it in part as a love letter to science fiction, but also to fiction in general. I really want to bring in a broad audience, and certainly the audience has been broad, if not vast.

I spent a lot of time worrying about whether I would manage to alienate both SF readers and general readers.  But I had considered less the SF v fantasy argument.  The marvellous pair Sue Tingey and Juliet McKenna who blurbed my books, and in Juliet’s case reviewed it for SF magazine Interzone, are fantasy writers.

Many people like both, and most people accept the boundaries are a matter of opinion. Attempts to produce rigorous definitions flounder, in part because some things like time travel machines and faster than light travel are not currently believed possible but look ‘sciencey’ enough to pass.

Ray Bradbury’s books are full of things which include star ships, Mars colonies, and time travel.  Yet he claimed that all his work was fantasy except Fahrenheit 451.  I’m amused to see genre powerhouse Forbidden Planet list Our Child of the Stars as fantasy, and I can see their point.

I think some of our choices are based on the aesthetic.  Bradbury’s dreamy prose, and limited interest in the nuts and bolts, makes his work more like a fantasy.

Stories exist.  Genres are helpful, by hinting what the ground rules are, and where to shelve it in the bookshop.  Science fiction in particular is vast spanning books which are SF but also allegories, Westerns, Gothic horrors, war stories, satire and social commentary, detective stories, heist movies, dystopias and utopias, coming of age stories… and family dramas.